Sony’s newest full-frame mirrorless is chocked full of improvements and makes for an exciting upgrade to the existing a7R II. The new Mark III builds on the same 42MP CMOS sensor that is found on its predecessor, and increases the speed in many aspects.

The increased speeds can be found in the processing of images, improved autofocus, and the fact that it can now shoot ten frames per second. That increased fps alone is impressive with the sheer size of the RAW images that the camera is producing. The faster processing and autofocus improvements likely come courtesy of the Sony a9 released earlier in the year.

While the basics of the camera are the same as the a7R II, there are some great new and improved features that make this a worthy upgrade.

The 10 fps is a nice improvement for those who do sports shooting or need something with a faster frame rate. It doesn’t come close to what the Sony a9 can hit, but then it is double the resolution. So I guess you can’t have everything in one camera. The a7RIII does have a much improved autofocus that is almost double the speed of the last model. Speaking of autofocus, another new addition is the back screen is now a touch screen. That allows for easy touch screen focusing, which is a huge bonus that many Sony shooters have wanted since seeing Canon do it. 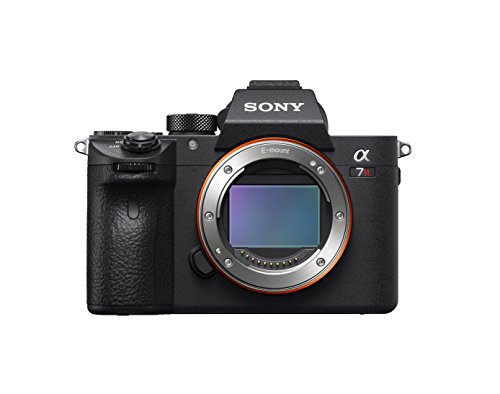 In addition to the increased frames per second, the larger battery is a feature that is much welcomed. For many years shooters who have switched from Nikon and Canon have complained about the size of the camera body. For many it is just too small to fit properly in their hands. While it may be too small for some, for many it is just the right size. The a7R III increased the size of the body, ever so slightly. This allows a much larger battery slot as well as dual SD card slots. The larger battery is a blessing not only for shooting stills, but for those times when you are using the camera to shoot video. In case you are wondering, the new battery is twice the capacity of the previous one.

RAW images have gotten an improvement as well with a boost from 12-bits to 14-bits. Along with that is an increase in dynamic range. This greatly improves the high ISO levels so you can get by with less noise. While the a7S II is still the top dog in terms of low-light performance, it is also only a 12MP camera as opposed to the 42MP you get with the a7RIII. It is just a matter of which is more important to you: megapixels, or low-light performance. Still, with a sensor this size, the Sony a7RIII is a champ at the high ISOs.

Video is also a major improvement of the Mark III camera, although it did not live up to the expectations people were hoping to see in the newest a7 camera. The downside is that the video is still stuck at 8-bit. The best it can do is 8-bit 4:2:0 internally or 8-bit 4:2:2 output to an external recorder. That really hampers to abilities that could be found in using S-Log3. Shooters were really hoping, and frankly expecting, 10-bit capture. If not internally, then certainly externally. The Panasonic GH4 has been out for a long time with the ability for 10-bit external capture and the Panasonic GH5 now has the ability for 10-bit internal. So to say that 8-bit is a letdown is putting it mildly. The dual SD slots also come in handy when shooting video.

Another improvement from the last Sony alpha model is the addition of a USB type-C connector. This connector is used for charging and high speed transfers from the computer. There is still a micro-B USB connector as well so you can have multiple accessories plugged into the camera at the same time, if you so wish. There is also the standard HDMI, flash sync, headphone jack and microphone connectors.

What Did Not Get Improved

The menus on the Sony cameras have always been confusing, and the Mark III is no different. At first glance, they are a complex mess to learn. However, I can say that once you have used it a while you will figure it out and all will be right in the world. The memory buttons are incredibly handy for a complex menu system because you will have at least four camera configurations all prepared and ready to go at the push of a button. This is incredibly handy especially if you are using this camera for a mixture of still photos and video in the same shoot.

So What Is The Verdict

The Sony a7R III builds heavily on its predecessor, which is still an outstanding camera in its own right. The image quality is the same, which is great because the a7R II takes incredible images. The improvements may not justify an upgrade if you are currently using an a7R II, however, if you are looking to switch to Sony or upgrade from a previous version of the a7 line, then this is a formidable option. The increase to 10fps, addition of the touchscreen focusing, and improved autofocus speeds are all welcome improvements to an already solid camera.

Increasing the battery life, adding dual SD slots, and improving the video functionality are also great improvements. It is disappointing that the camera only shoots 8-bit, but this camera is primarily a photo camera, so that is excusable.

All in all, this camera is a great improvement to the already solid alpha line of cameras. Now if only Sony could start making improvements to its PlayMemories app.

The Sony a7R III has made some great improvements over its predecessor. With increased speed, battery life, double memory slots, and touch screen focusing, this camera has made remarkable improvements using the same sensor as the a7R II.

Related Articles
We will be happy to hear your thoughts

The Sony a7R III has made some great improvements over its predecessor. With increased speed, battery life, double memory slots, and touch screen focusing, this camera has made remarkable improvements using the same sensor as the a7R II.

Pro Photo Video Reviews is run by Steve Carlson with the purpose of providing unbiased reviews on equipment that photographers and indie video makers use on a daily basis.

We rent or buy all of the equipment that we review - we are not affiliated with any manufacturers, nor are we sent any products for free, so all of our reviews are our own without any outside pressure.